In Conversation with Mary Alice Monroe and Patti Callahan! 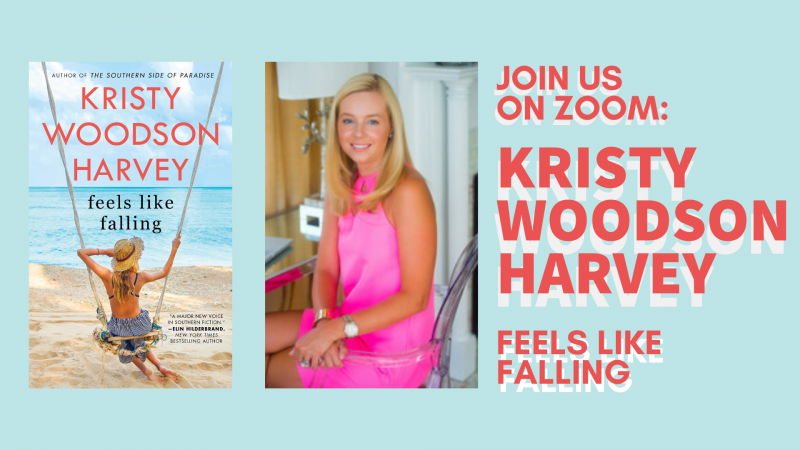 From “the next major voice in Southern fiction” (Elin Hilderbrand) and the bestselling author of the Peachtree Bluff series comes an odd-couple tale of friendship that asks just how much our past choices define our happiness.

It’s summertime on the North Carolina coast and the livin’ is easy.

Unless, that is, you’ve just lost your mother to cancer, your sister to her extremist husband, and your husband to his executive assistant. Meet Gray Howard. Right when Gray could use a serious infusion of good karma in her life, she inadvertently gets a stranger, Diana Harrington, fired from her job at the local pharmacy.

Diana Harrington’s summer isn’t off to the greatest start either: Hours before losing her job, she broke up with her boyfriend and moved out of their shared house with only a worn-out Impala for a bed. Lucky for her, Gray has an empty guest house and a very guilty conscience.

With Gray’s kindness, Diana’s tide begins to turn. But when her first love returns, every secret from her past seems to resurface all at once. And, as Gray begins to blaze a new trail, she discovers, with Diana’s help, that what she envisioned as her perfect life may not be what she wants at all.

In her warmest, wisest novel yet, Kristy Woodson Harvey delivers a discerning portrait of modern womanhood through two vastly different lenses. Feels Like Falling is a beach bag essential for Harvey fans—and for a new generation of readers.

Kristy Woodson Harvey is the USA TODAY bestselling author of six novels, including Feels Like Falling, The Peachtree Bluff series, and Under the Southern Sky. A Phi Beta Kappa, summa cum laude graduate of the University of North Carolina at Chapel Hill’s school of journalism, her writing has appeared in numerous online and print publications including Southern Living, Traditional Home, USA TODAY, Domino, and O. Henry. Kristy is the winner of the Lucy Bramlette Patterson Award for Excellence in Creative Writing and a finalist for the Southern Book Prize. Her work has been optioned for film and television, and her books have received numerous accolades including Southern Living’s Most Anticipated Beach Reads, Parade’s Big Fiction Reads, and Entertainment Weekly’s Spring Reading Picks. She blogs with her mom Beth Woodson on Design Chic, and loves connecting with fans on KristyWoodsonHarvey.com. She lives on the North Carolina coast with her husband and son where she is (always!) working on her next novel.

9/28 SOLD OUT Nicholas Sparks in conversation with Jack Ford at The Algonquin Arts Theatre, The Wish

Powered by My Must Reads